“Crazy” has been an understatement this summer.  We have had an unending supply of things to do, resulting in some things pushed to the wayside (this blog being one of them – sorry!  Plus, no internet at home now has mad blogging … well … you know).

But of course there’s one thing people keep asking me about – the chickens!

I really have wanted chickens for a while, and even though I’ve learned a lot more and found that they’re not always “fun”, we have still had some grand adventures!  The most recent escapades include getting rid of the roosters and – drum roll! – finding EGGS!

The original reason my dad wanted chickens was strictly for the eggs.  He thought he got all pullets, but as they started going we found out that there were a few roosters in the deal.  It was kind of a blessing because who needed 30 hens!?  (Although, to be honest, the number of people asking for eggs now and the number of eggs we have supplied make me question if we should get more). 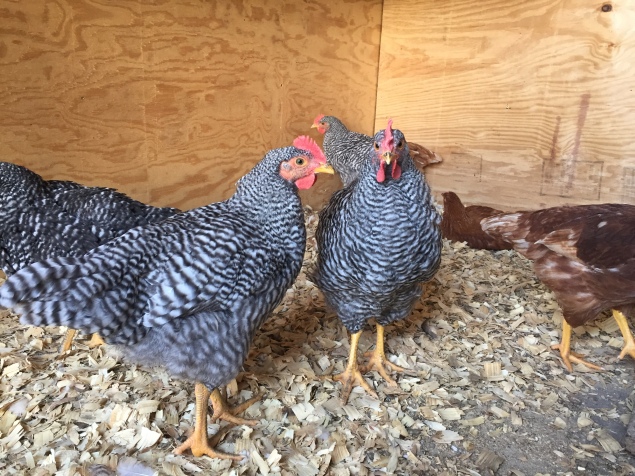 These hens get to stay and produce delicious, brown eggs! 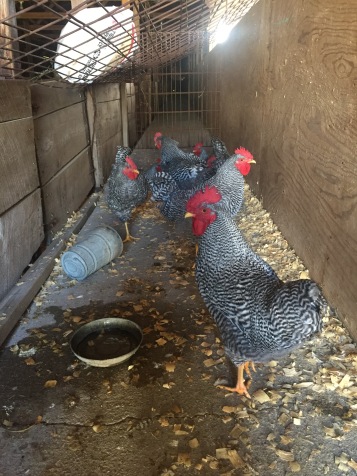 These roosters will head to the butcher to be used for dinner! Their purpose on the farm isn’t to look pretty or produce more chickens.

Now … I’ve talked to a few people who are upset to see that we’ve culled the roosters.  And what I mean by “cull” is “killed”.  They were starting to get too feisty, bullying the hens and pecking a bit aggressively, and, to be frank, were serving no purpose other than to eat feed.

So the day before “B-Day”, I rounded them up in a little catch-system, then Dad and I put them in another location to stay safe overnight and (supposedly) easier to catch the next morning.  And I mean that “supposedly”.  Turns out the little stinkers knew something was up and were a pain to catch, especially the larger, craftier rooster.  He and I had a few tussles.  But after some squawking and grumbling and Melby barely saving the day by holding a rooster on a perch so Dad could grab him, we finally got eight roosters in the boxes to take to the butcher.

The purpose of these roosters on our farm became something different – dinner.  The sad (or funny, or heartfelt) part is, my dad can’t bring himself to eat them.  And I’ll admit – it was hard for me when I cooked up a couple, but animals were put on this earth for a reason, and eating was one of them.  But don’t worry – they aren’t going to waste.  We have a few people who were interested in eating them, especially since they didn’t know them!

And if it makes anybody feel better – that larger, craftier rooster got his revenge when he wouldn’t fit in my flour dredging bowl and then exploded oil and grease all over the kitchen.  I started yelling, Colton came running and brought out just about every pan to cover the thing in hopes of containing more explosions.

As an aside – how many would be interested in locally grown, farm raised chickens like ours?  These chickens are currently not fed organically, but they always have plenty of food and water, are let out to roam in their pasture daily, and once in a while are captured just to pet them!  If there are people who would like to purchase chicken this way I would be interested in talking with you for the possibility of producing local chickens!

But the plus side of this story – EGGS!

Many people don’t realize that hens will lay eggs regardless of if there is a rooster around.  It’s part of a chicken’s ovulation cycle (if you need more explanation or the pros and cons of keeping roosters, check out this link).

There’s kind of a funny story behind the whole thing … Dad takes care of his chickens every day – morning and night.  One day he and my mom had to leave very early for an appointment, so they asked me to let them out in the morning when it was light.  Dad had mentioned that the pullets/hens were getting what I assumed would be called “broody” – clucking all the time, flattening out when you came over them like a rooster, and just all around weird.  When I asked him if they had been laying eggs he and his buddies thought it would be another week or two.  But since they were acting weird I thought I’d check the boxes.

And the first box had FOUR eggs!!  I found a total of eleven that morning and four more later in the day!  I sent he and mom some pictures and they were tickled pink!  He accused me of planting the eggs, especially when the next day he only got about 4-6, and the following day nothing, but they’re starting to ramp up production again. 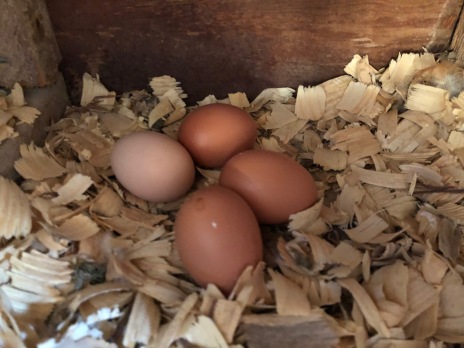 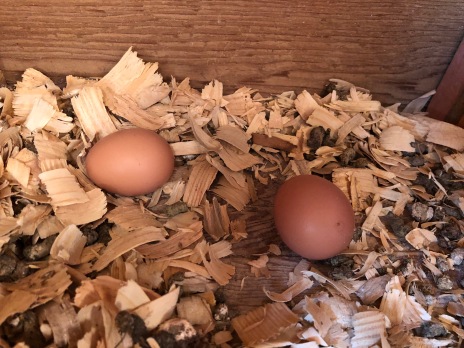 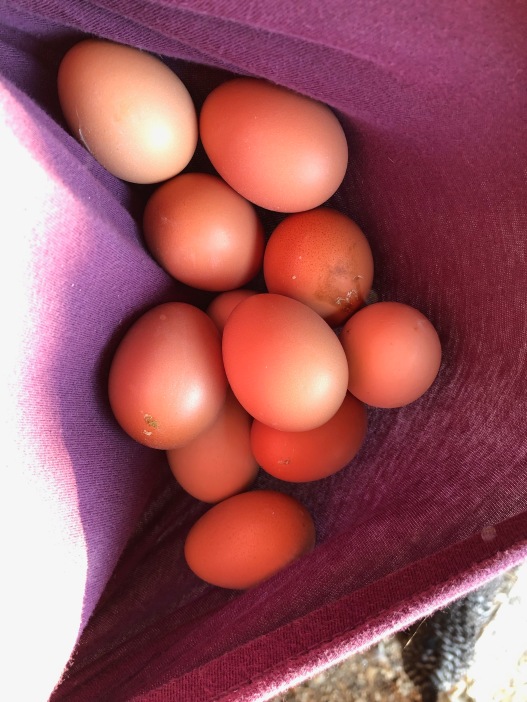 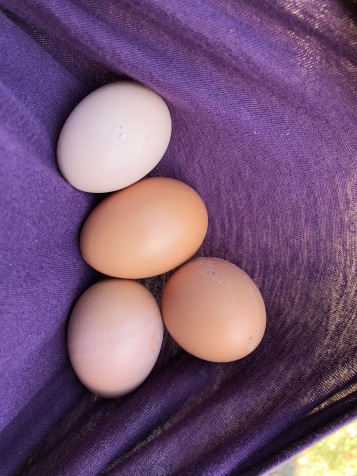 We aren’t sure what chickens laid what, but there are two distinct shades of brown. These were found later in the day after the first haul of 11 eggs! 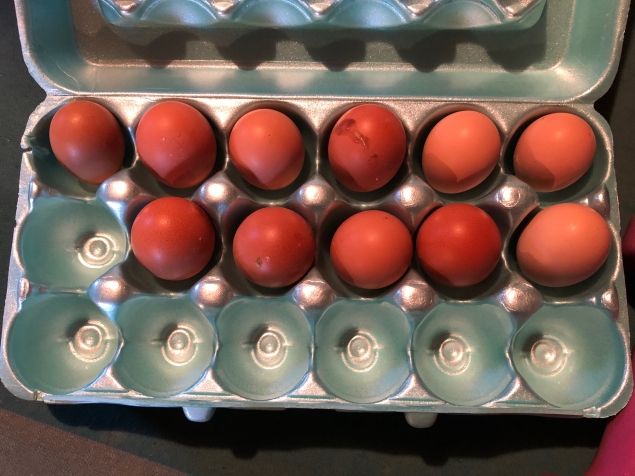 The first round of eggs garnered ELEVEN. The second found four. Considering we have 22 hens left, we’re doing quite well!

According to my grandpa they “look like pullet eggs” – much smaller than we anticipated for the description of the breed that said “medium to large eggs”.  We’re hoping they’ll get bigger as the chickens age and get more acclimated to laying.  Since these chickens are known egg producers, we’re assuming we’ll have a healthy amount of eggs every day, and any extras we don’t plan to use can be sold.

My mom already tried making deviled eggs from them but they were way too fresh and she couldn’t get them pealed.  Luckily dad loves eggs and doesn’t feel bad eating these!

Want to know some interesting, but little-known egg facts??

So – if you’re a local wanting locally produced eggs from chickens who are fed healthy feed and pasture and let out in the sunshine daily, give us a call!  Or follow our Facebook Page for up to date announcements and supplies!