If I had to choose one word for this year it would be “RESILIENCE“.

We have had so many ups and downs.  Both Colton and I lost people that were important to us; we got married and had to go through the hurdles of planning a wedding and figuring out how to navigate life together; and many more trials that has made the year rather difficult.

Our personal life meant we didn’t spend much time caring for the garden, but that wasn’t the only issue with how it turned out – early torrents of rain followed near-droughts.  Then – something that nearly broke my heart all over – a “small” storm smashed down a lot of the broom corn crop. 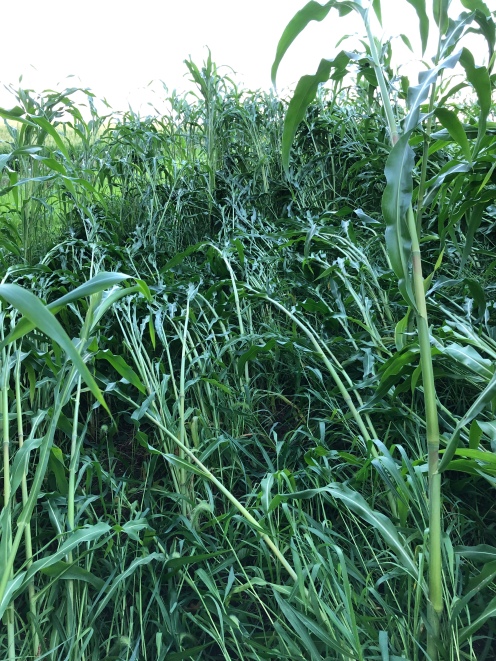 Granted, we don’t have much of a crop, but it was an important first step for us.  It had taken time, energy, planning, and a bit of luck.  We were hopeful.  And then we came home to a crop that was sheltered on the west and north sides – directions that the wind usually comes from – and the broom corn was down.  Would it recover?  Field corn usually pops back up after a few days, but this tall, top-heavy plant was falling down in the garden (which, of course, that little plot was unfazed).  Would it die from shock, lack of air flow, or damaged roots?  Would it bend to reach the sunlight and therefore ruin the viability of the crop for its intended purpose (decorations, but those need to be straight, not curved)?

Then I realized this year is just what I wrote above – A Year of Resiliency.

I recently learned about Jordan Green with J&L Green Farm.  He was being interviewed by Justin Rhodes about his pastured pig processes at a large scale.  Jordan is an ex-Marine and Justin asked him how military life helped to shape him for farming.  As Jordan said – you just get it done.  Doesn’t matter if it’s raining, snowing, cold, hot, or if your days are exceptionally long and hard – the animals still have to be fed.

That, in a nut shell, is farming.  It’s hard, rough, and sometimes disappointing, but no matter what – animals have to be fed, plants have to be tended.

Thankfully, our broom corn seems to be rebounding.  Every corner I turn with this crop has me learning and seeing something new or unusual.  I was worried that due to other stalks falling that they wouldn’t recover, but I should have known that Mother Nature knows best! 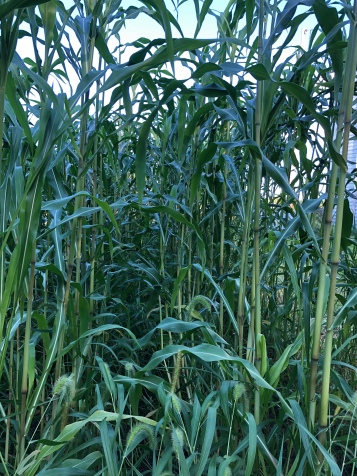 Broom Corn popping back up after being flattened to the ground 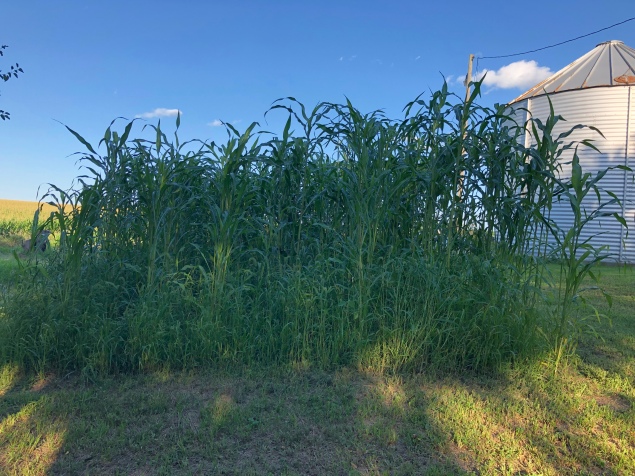 How much broom corn have we lost due to the storm?

Every time I look up information on sorghum I find something new – there are several different varieties, colors, heights and purposes.  Mill into flour, pop like popcorn, press for syrup, feed to animals for a non-GMO grain alternative, or just use it for beautiful decorations! 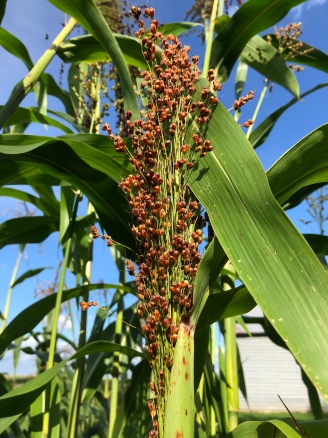 The beautiful colors are coming on the broom corn! 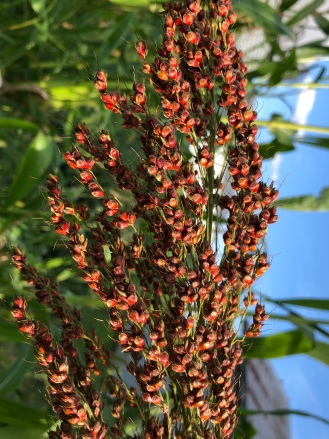 Beautiful Colors are a range of reds/oranges on most of our Broom Corn. Some are a dark, dark red – almost black! 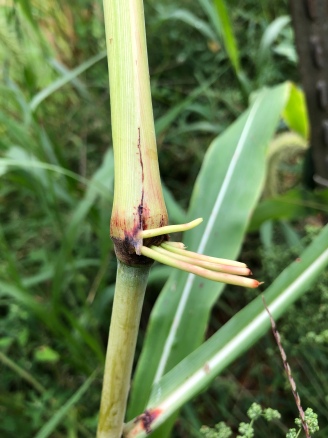 This Broom Corn stalk was damaged and started sprouting roots almost two feet off the ground; the stalk eventually broke off, but a couple weeks later a new shoot started coming from below the break – proving how RESILIENT plants can be!

We both know that farming is hard, long work, but sometimes we need a kick in the pants to get the job done, or a reminder that things will be ok.  We have suffered far less than our farming families with their losses this year and have been grateful for the learning curves thrown at us. 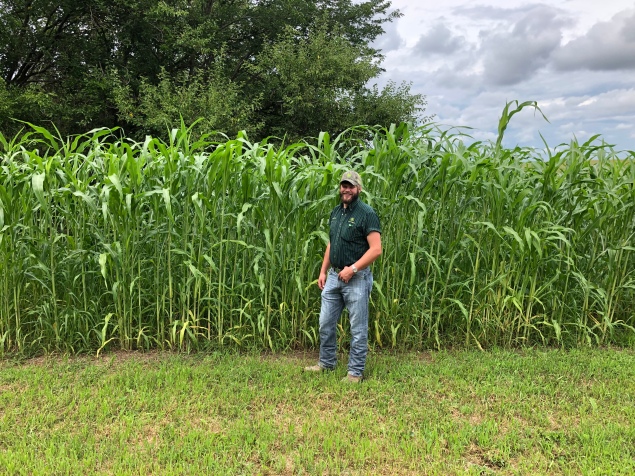 Colton is pretty proud of the crop – he’s 6’2″ and it’s already taller than him; soon it will be twice his height! 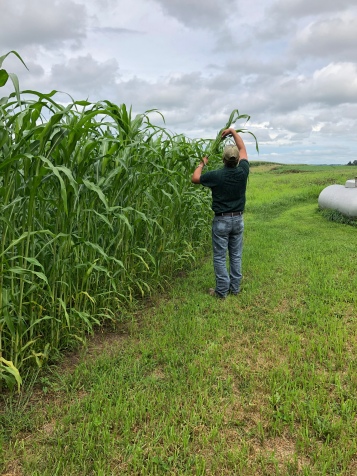 Colton is checking the broom corn to see if he can feel the tassels/brooms and how the stalk is developing. Not too long from now even HE will have to be on his tip-toes to reach the tops!

What we would like to know from you – what do you want to see from us and in our community??  Here are a few ideas!  Comment on the post so we know what we should shoot for in the future, email us at jctrustichomestead@gmail.com or contact us through our Facebook Page!